So, yeah. Birthdays. How about ‘em.
For a girl my age, it’s a little ridiculous how important birthdays are to me. Truth is, I view birthdays as astronomical events, a marker for the moment we began our first solo-orbit around the sun. Each one represents another 584,020,178 miles down and the starting flag for a new revolution. 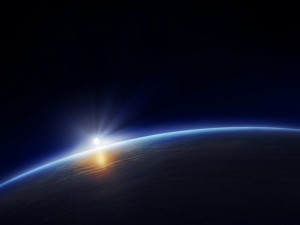 None of that means birthdays are easy, and the one I had last weekend was a son-of-a-gun. Probably because the average life expectancy for a women living in the United States is 80.8 years, meaning I’ve officially crossed over the event horizon. I’m solidly living in the ‘other half.’
At my husband’s birthday party in January a friend asked him about his goals for his personal new year. The Husband and I had to stop and carefully consider this important question. Birthday Goals are distinct from New Year’s Resolutions for this reason: Birthday Goals are less about self-improvement and more about self-reflection. And because self-reflection too often cracks open the window to self-regret, it’s not an activity I’m particularly eager to engage in. On the other hand, even a small crack provides entry for the sun’s disinfecting rays so I suppose it’s good to embrace a nice uncomfortable soul cleansing every once in awhile. Like once a year, maybe.
When I’m visited on occasion by the ghosts of old ambitions it is still hard not to whine about the stuff that wasn’t supposed to happen and pine for the stuff that never will. Like total world domination – I had some solid plans for it back in my twenties. Two decades later my master goal is to make it to the finish line with a net gain, having given back a little bit more than I took. I call it my Succumbing to Progress project.
On this turn around the sun I’ve decided to make self-actualization a goal, I see no point in thinking small. To stack the deck in my favor I’m following His Holiness the Dalai Lama on Twitter; I’m eating more vegetables; attempting to hate the dog less; cutting back on carbs. Ready or not the Universe has seen fit to give me a crack at another revolution and I’m determined to savor it one rotation at a time. So happy middle-age birthday to me. And many more.